Before proceeding to showcase about process, first need to understand different ways to move Your environment infra to 2016.

DIFFERENT WAYS TO MOVE INFRA TO 2016:


As per Microsoft, there are multiple ways to move Your environment to 2016... I will explain some of the ways but my explanation way may differ from Microsoft. I will try to explain in very simple language.

Below are some ways to move Your environment to 2016:


This process means to install Windows Server 2016 from ISO or EXE file directly. This will install fresh OS on Server and You will loose all Your data or applications which were in older version.

To go for this process, You have to first take backup of all Your data & after clean installation, import the data & re-install all applications.

As per my personal view, this process is not a best practice in Production Environment because this will require long down-time as well.


Microsoft says that this is the best recommendation process to move Your environment to 2016.

This process helps You to migrate Your roles & features from 1 Server to Another server with same or new features. This is something different process than upgrading Your environment within same server.

Another best option to upgrade your complete workload of Hyper-V 2012 R2 to Hyper-V 2016 without down-time which will finish impact on Service Level Agreements.

This process will be complete online process & no down-time is required. Once all work-load is migrated to Windows Server 2016 Node, run a power-shell script to update "clusterfunctionallevel" to 2016 from 2012 R2. (NOTE: Once You update cluster functional level to 2016, You can't roll back to 2012 R2.)

This option is available for upgrading editions of same version. Not applicable for all editions but for some editions. You just need to update License Key using power-shell script to update edition.


This is all about available options to move Your infra to 2016.

Now, I will show You Cluster OS Rolling upgrade process step by step. This process below shared is based on my personal experience. Microsoft has also shared reference post to upgrade infra using OS Rolling upgrade which You can see by Clicking Here!

May be I missed some steps or may be my process is little different from Microsoft post but concept is similar. That's why for viewers reference, I have shared reference link above for Microsoft Post as well for more clarity.


As mentioned earlier, this process has very simple process and have minimum prerequisites. Below are the prerequisites:

NOTE: Make sure You ready equal number of Windows Server 2016 Nodes based on resources to handle all workloads which is running on Your production Windows Server 2012 R2 Clustered nodes to maintain availability & SLA service.

After completing all pre-requisites shared above, check if all nodes are running in Window Server 2012 R2 cluster: 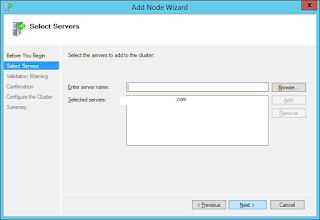 Next step is validation warning. Don't validate this node. Just make sure You have all prerequisites ready like network configuration similar, all disks shared & firewall setting off. Why I am saying not to validate this step is because this will fail with message that OS version is different as shown in below report status:

Select No for validation warning step: 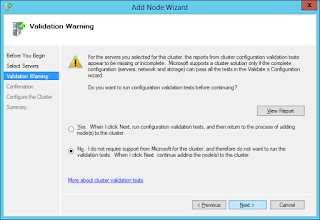 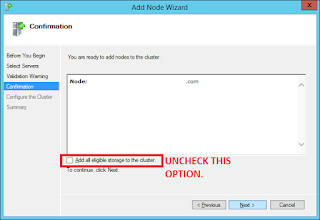 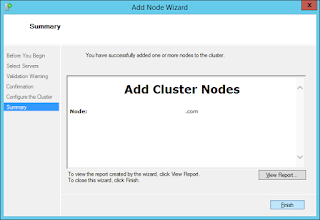 This is all about the best feature. Now You can live migrate Your resources to the Windows Server 2016 Nodes (Disks & VM Roles) by selecting them, click on Move/Live Migrate & Clicking on Select node option: 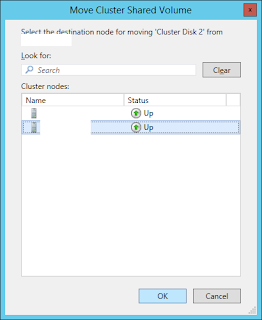 Disk will be moved to Win 2016 node with no down-time:

After removing all Windows Server 2012 R2 nodes from cluster, You have only windows server 2016 node(s) in cluster with all Roles up & running with no time.

Now, You have to update "clusterfunctionallevel" to Win 2016 by running below power-shell script from any win 2016 node:

Update-ClusterFunctionalLevel -Cluster <"Cluster_Name"> as shown below: 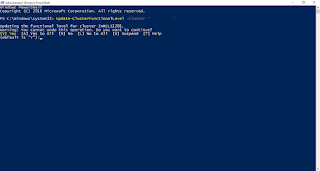 Type "Y" & then click enter. Your cluster functional level will be upgraded to 2016. Now, You can format old windows 2012 R2 server & install windows 2016. Later add them to Windows Server 2016 cluster after completing all prerequisites.

This is the easiest way to upgrade Your infra to 2016 with zero down-time. :)

By Mayank Dhama at November 19, 2016 No comments:
Email ThisBlogThis!Share to TwitterShare to FacebookShare to Pinterest

This post will help You understand the concept & uses of Microsoft Private Cloud (WAP).

WAP is integrated with Windows Server & System Center components which provides cost-effective, Self- service portal & other cloud services which You configure in Your environment.

This uses multiple sites which performs background activities for services which You configured.


Below are the key features of WAP:

Will discuss on this in more detailed explanation with architecture diagram in next posts.

This is the basic introduction about WAP. In my next posts,

I will explain about WAP Components, Prerequisites, Different Deployment Architecture Scenarios with Diagram & Installation/Configuration/Integration of WAP with Other System Center Components. 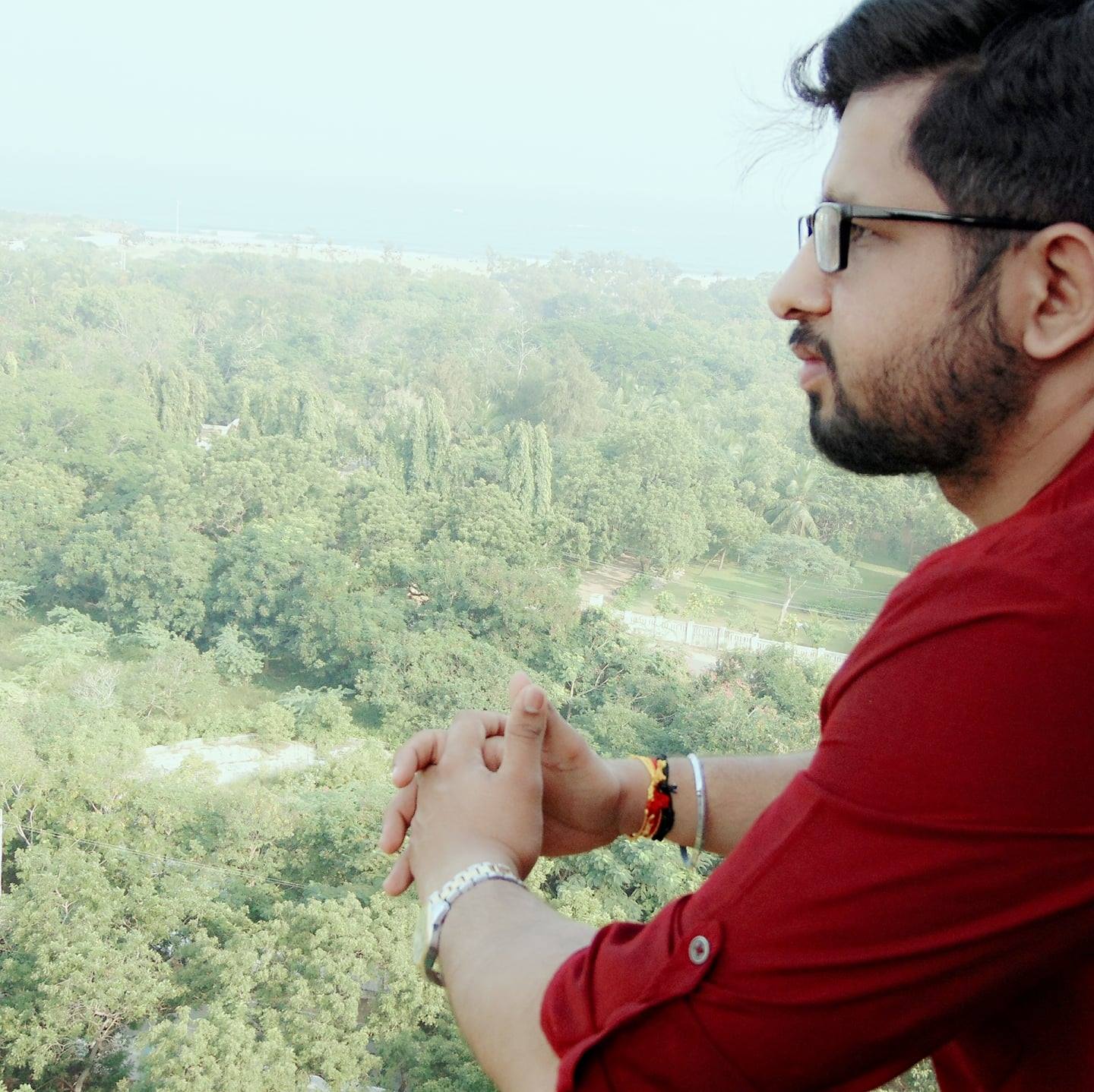